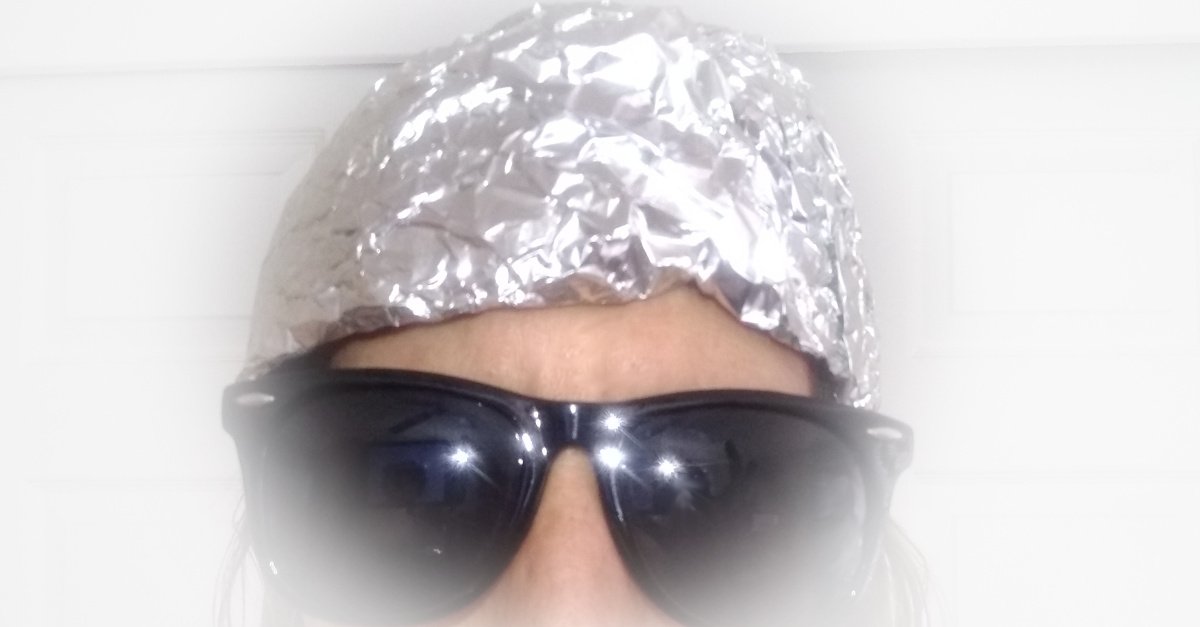 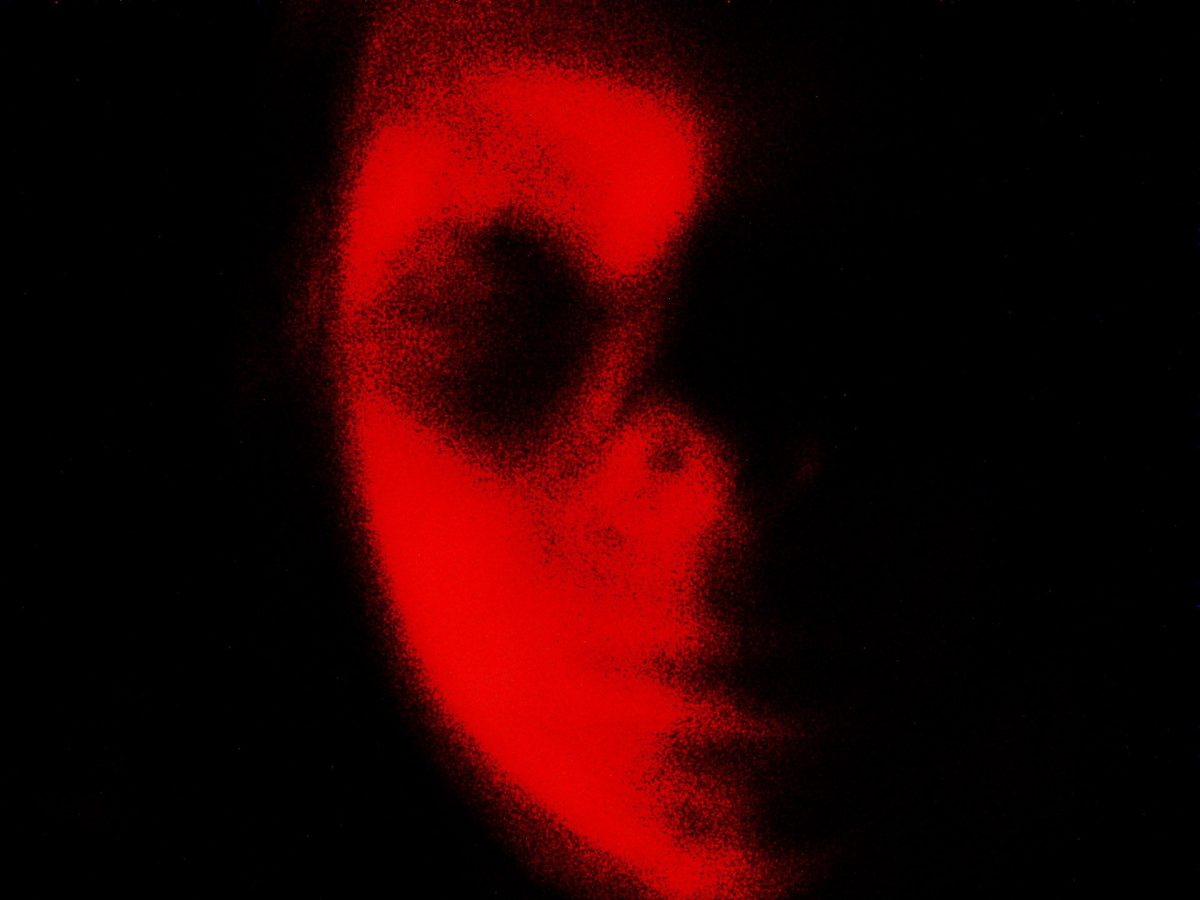 “Conspiracy theories”—beliefs that the unknown, unidentifiable “THEY” are scheming to hide the “truth” about a nefarious plot against the unenlightened masses—are not a new thing. As a child in the ’70s and ’80s, I can remember hearing about moon-landing deniers, flat-earthers, and other such conspiracy nuts. The ’80s also brought us the “Satanic Panic”—the widely-believed claim that human-sacrificing, devil-worshipping cults were after… gasp… your children! Oh no!

Conspiracy theorists didn’t start with my generation, by any means. Tinfoil barely exists anymore—it’s all aluminum now, and has been since World War II—yet the phrase “tinfoil hat” is still used to refer to the supposed protective garb of conspiracists.

Were tinfoil hats ever really a thing? I digress…

Nutters who buy into crazy conspiracy theories have been around since long before the invention of tinfoil. They’ll probably continue long into the future.

Why do people believe in conspiracy theories?

Quite a few psychologists have studied conspiratorial beliefs and there are a lot of reasons people subscribe to such ideas. According to Psychology Today, the reasons usually fall into at least one of three categories:

This seems fairly accurate from my experience. Nobody likes to be uncertain. We want to know. “The desire for understanding and certainty” may be innate in all of us. Conspiracy-theorists, though, seem to need it more than most of us. They aren’t willing to accept ideas that don’t fit their understanding of the world. Many take comfort in beliefs that seem to explain things in a way that makes sense in their world-view.

We all have a “desire for control and security.” Everyone gets uncomfortable when we don’t have control. By convincing themselves that they are in on some secret knowledge, conspiracists gain a perceived degree of control. They “know” the “truth” while the conspirators have successfully duped the rest of us “sheeple.”

Finally, conspiracy-theorists’ boost their self-image by “knowing” something the rest of us don’t. They belong to an elite group of “woke” individuals who “know” what’s been hidden from the rest of us.

Other reasons for conspiratorial beliefs

I think there might be a few other common reasons people believe conspiracy theories.

Are there any conspiracy theories that turned out to be true?

Actual conspiracies do happen, of course. Some of the ones we now know about were once thought to be “crazy conspiracy theories.”

Those are just a few examples. There are others we know of and probably quite a few that we don’t. That fact that some so-called conspiracy theories turn out to be true adds to their appeal. It also should make us pause before dismissing such ideas out-of-hand.

Still, that doesn’t mean we should accept seemingly crazy theories without serious critical analysis. Many, if not most, are indeed as crazy as they sound.

The danger of conspiratorial thinking

What’s the harm in believing conspiracy theories? That depends a lot on how seriously you take them. There are a lot of people who believe in some. It might even be most people. In most cases, it doesn’t hurt anyone and is just a harmless idea.

That said, there is always a subset of believers in any conspiracy theory who take the idea far too seriously. They dedicate much of their lives to “exposing” the conspiracy. Often they believe that the perceived conspirators have malicious intent and must be stopped.

This can lead to extreme paranoia and, sometimes, to verbal or online harassment and, in the worst cases, even to violence.

Those are extreme scenarios, of course. It’s only a very small percentage of conspiracy theorists who go that far.

There are sometimes other risks, though. Take the anti-vax movement as an example. People who believe that vaccines cause harm are more likely to avoid vaccinating their own children. That poses a very real risk to society as a whole.

There are also more subtle harms. Conspiracy theories are like potato chips… you can’t “eat” just one. Once someone accepts that a conspiracy exists, it’s a lot easier to believe others. The bigger the alleged conspiracy, the more true that is. If you believe “THEY” are hiding one thing, it is almost natural to start to wonder, what else are “THEY” hiding?

As you plunge down the rabbit hole of conspiracy theories, gradually accepting more and more of them, it taints your ability to think critically about other things. It appears that some type of shift happens in the way a person thinks, becoming more suspicious of everyone—even those who want to help, like doctors.

There is a risk to believing there’s a conspiracy when it isn’t true. At the same time, though, we know that there have been real conspiracies in the past. It stands to reason that there will be more in the future, and that there are almost certainly a few going on right now.

So, how do we evaluate the alleged conspiracies, to determine if there really is a good reason to be suspicious?

How did you begin to suspect a conspiracy?

This might be the most obvious clue. Unfortunately, people who have a tendency toward believing conspiracy theories almost never see it. It’s only obvious to those who don’t buy in.

Some warning signals that it might be a conspiracy theory and not an actual conspiracy include:

How many people would need to be involved?

We should be able to rule out many conspiracy theories solely based on the number of people who’d need to keep quiet.

The conspiracy theory I most love to hate is flat earth. I plan to write a post on that one soon [update: so let it be written, so let it be done], and there are probably thousands of ways we know with no doubt that the idea is just ridiculous beyond belief.

Without even getting into science, though, we can rule out a conspiracy simply because the number of people who are “in on it” would outnumber those who’ve fallen for it. That’s a little bit of hyperbole, but not much.

A mass conspiracy of that level is just not sustainable. Just for starters, every astronomer (both amateur and professional), every airline pilot, every sailor, every astronaut, every science teacher, every U.S. president… and that’s just a tiny sample of the people who’d have to be aware that Earth is actually flat and, for some reason, want us to believe otherwise.

When you have a secret you really want to keep, how many people do you tell? It’s obvious even to children, the more people you tell, the sooner one of them will let the cat out of the bag.

What’s the reason for a conspiracy?

We can throw out so many conspiracy theories on this basis, too. I’ll use flat earth again, just because it’s so obviously stupid. If you ask a flat-earth believer why “THEY” would lie to us about Earth’s shape, the most common answer they’ll give is, “To hide God.” You’re not supposed to ask any follow-up questions to that, though.

If you’re ever suspecting a conspiracy about anything, the first question you should always ask is, why? And always ask follow-up questions. Does the supposed reason honestly make sense? If you really need to stretch to come up with a reason, there’s probably no conspiracy.

How complex does the conspiracy need to be?

This is similar to the number of people involved. The more complicated the conspiracy would have to be, the less likely it is to be true. Back to the flat Earth example, we already have near-perfect explanations of most phenomena related to Earth’s shape.

A conspiracy to hide the shape would have to explain sunrise/sunset; rotation of stars in both the southern and northern hemispheres; ships vanishing bottom-first over the horizon; gravity; seasons; and lots more.

That also means the alleged conspirators would have to somehow convince all of us that the “fake” explanations for all those things and more, are true. They don’t just need to convince the uneducated. They need everyone who isn’t “in on it” to accept their “fake” explanations.

Few conspiracy theories are as silly as flat Earth, but many of them are nearly as complex. When the conspiracy’s explanations are more complex (read: “require more assumptions”) or harder to understand than the commonly-accepted explanations, they’re probably wrong. Occam’s Razor is useful, here.

Can it be debunked?

This one probably sounds ridiculous on the surface. If it could be debunked, why would we be questioning it to begin with?

The problem is that conspiracy theorists very frequently will outright deny all evidence against their favorite “theories.” The ideas become unfalsifiable, meaning that there is no method to disprove them that would satisfy the believers.

If you learn of an alleged conspiracy and any evidence you present that might contradict the “theory” is rejected out-of-hand, without any critical analysis at all, you’re dealing with an intellectually dishonest person. The simplest question you might ask that person is, “What would convince you you’re wrong?” If they have no answer, you can safely disregard their opinion.

Conspiracies do exist. It would be just as ridiculous to deny that fact as it is to accept every claim of a conspiracy. You owe it to yourself and to society as a whole, though, to put on your skeptic hat when someone presents you with such an idea.

So, let me hear your feedback. Do you believe any conspiracy theories? Are there any you used to believe but don’t anymore? What convinced you, and what changed your mind?

Let me know in the comments!

Laughing at “Crazy” Conspiracy Theorists — Is Belief a Choice?

Flat Earth: Could it Be True?