When you hear the word “skepticism” (or scepticism, if you’re not American), what do you think of? What is skepticism, exactly?

For a lot of people, a skeptic is someone who just doesn’t believe anything. Or, who denies everything until overwhelming evidence is provided. When some people use the word, in fact, that’s exactly what they mean.

Sometimes it’s even used as a pejorative. “You’re just a skeptic. You won’t believe me no matter what I say!”

What I’d like to get across, though, is that skepticism is important. I’d go so far as to say, it’s always the best approach to a new idea. But it’s not the same as denialism or cynicism. So, let’s look at what skepticism is, what it’s not, and why you should try to be more skeptical.

Well then, what’s the difference?

It’s actually pretty simple… yet subtle. The definition of skepticism in the Associated Press Style Guide is my favorite—“A skeptic is a doubter. A cynic is a disbeliever.”

So, what does that mean?

What is “Sufficient Evidence”?

Here’s where the subtlety comes in. It’s easy for a cynic to believe she’s being skeptical. The cynic might believe she just needs more evidence, when in reality, she just doesn’t want to believe.

And you, as the supposed skeptic/cynic, will need to use your judgement. You should, in fact, be skeptical of your own skepticism. How much evidence is really necessary to support the claim you’re considering? If there’s contrary evidence, how strong is it, compared to the evidence in favor?

If you’ve ever served on a jury, you know the standard in a court of law is, “Beyond a reasonable doubt.” Every time I’ve had jury duty, the judge has spent several minutes explaining, that doesn’t mean, “Beyond all doubt.”

There is always room for doubt. The question to ask is, “Is my doubt reasonable?”

Is there a reason to lie?

One of the first things to ponder to decide if you have a good reason to doubt a claim is whether the person making it has a reason to lie.

If I tell you, “My name’s Mark,” do you have any reason to doubt that claim? I suppose in some scenarios you might, but generally, you’d just accept it as true since I wouldn’t normally have much reason to lie about my name.

Would the claim change anything?

Even if you can think of a reason I might lie about my name, you should also question whether a lie makes a difference in any meaningful way. If my name’s really Bob, does it affect anything important?

Again there might be scenarios where it would, but in most cases, my name is just a word you call me and it changes nothing if you call me something different (as long as I respond to it). So even though I could be lying, if the lie wouldn’t change the world at all, what’s the point in questioning it? And, even though you’ve thought of a potential motive for me to lie, if lying isn’t going to make any real difference, that kind of detracts from my motive, doesn’t it?

It’s not only a question of whether a lie would make a meaningful difference. More important is whether lying would benefit the person making the claim.

Would hiding my identity keep me out of trouble? Would I gain something of value if I convince you my name’s Mark? If lying offers no benefit to me, you have little reason to doubt my claim. 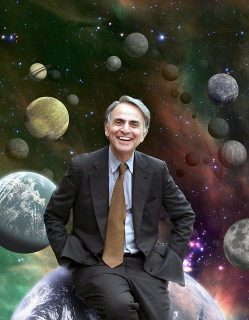 Carl Sagan was a popular astrophysicist and cosmologist, probably best known as the host of the 1980 TV series, Cosmos: A Personal Voyage. He’s also credited with proposing what I consider one of the simplest yet most useful standards of evidence: “Extraordinary claims require extraordinary evidence.” If there’s a fundamental rule of skepticism, this might be it.

If I tell you, “I have a real, live leprechaun in my pocket,” you have every reason to doubt that claim. You’ve never seen a leprechaun. We know of no one who has ever captured a leprechaun. Pretty much every sane person considers leprechauns to be mythical. If I’m going to make such an extraordinary claim, you should expect that I provide equally extraordinary evidence before you’d be willing to believe me.

But my name? Nothing extraordinary about that. It shouldn’t take much evidence to convince you. In most cases, my saying so is probably sufficient.

Why is skepticism important?

Having answered the question of what is skepticism, and especially seeing how it differs from what many people think it is, it might be a little more clear why I think it’s important.

Just to hammer it home, though, let’s look at reasons we should all try to practice skepticism in our daily lives.

You could argue, this is an appeal to our own ego. I’m ok with that.

I think most of us humans want to have confidence that what we believe is actually true. None of us is right all the time, but most of us prefer to be right more often than we’re wrong.

We’d rather believe things that are true and disbelieve things that are false. Practicing skepticism helps. It helps us to develop a keen eye for bullshit. The more skilled we become as skeptics—and it is a skill that requires practice—the more confident we can be that the things we believe are true. At the very least, we can know that we have good reason to hold the beliefs, even if we later find out we were wrong.

Gullible people are more likely to be taken advantage of. That’s a pretty simple idea to understand. And we’re all gullible sometimes.

We’d rather not have our trust abused. Learning to be skeptical, without being cynical, makes us more difficult targets for scammers and bullshit artists.

Skepticism helps you to recognize when it’s happening and to avoid being a victim.

There are few, if any, scenarios where realistic confidence is a disadvantage. Realistic is a key word, of course—everyone’s met people who are confident and 100% wrong. We’ve all probably been that person at some time in our lives. Well-practiced skeptics, though, have good reason for their confidence. They have developed the skill of recognizing what they know and distinguishing it from beliefs that might not be well supported by evidence.

Developing your skills as a skeptic

I hope you can see the value of skepticism as a tool. With the understanding that it is a big part of good critical thinking, and the realization that some claims deserve more scrutiny than others, I think you can probably see that most of us could stand to be a bit more skeptical.

Becoming a very skilled skeptic—one who isn’t easily taken in by false claims but who, at the same time, isn’t a cynic who expresses doubt at every turn, will take a lot of practice.

Reading blogs like this one is a good start. I’ll be writing more in future articles about developing this valuable skill, so be sure to enter your contact info below to get notified about new posts. I’ll never sell your info to anyone.

How to Be a Better Skeptic—Developing the Skill of Skepticism