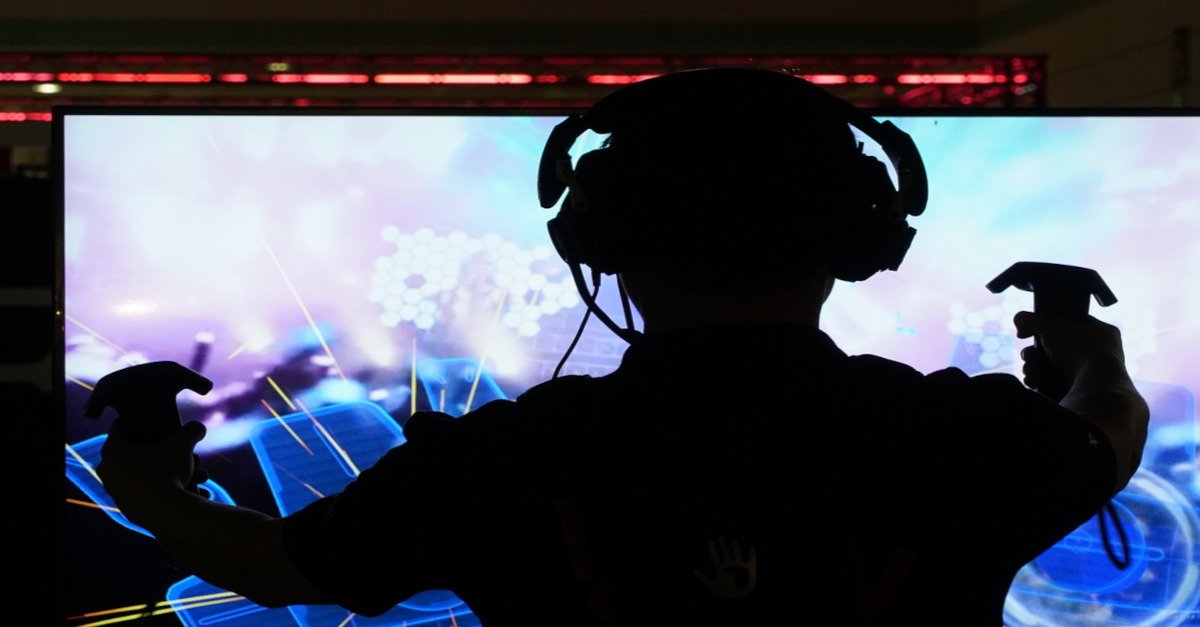 Simulation Theory—more appropriately called Simulation Hypothesis—is the idea that the world as we know it is entirely simulated. It’s all happening in a computer. We ourselves are nothing more than ones and zeros.

While it sounds like a sci-fi story, it might not be as crazy as it appears. To put it simply, the basic premise is as follows: Simulation technology exists; it continually gets better; if we assume it will continue improving into the future, regardless of the rate of improvement we’ll eventually have simulations that are indistinguishable from reality; finally, if all that’s true, we could currently be living in just such a simulation and not even know it.

Is there any physical evidence that we live in a simulation?

Longer answer: The support for this idea is based on probabilities. To accept the idea as true requires quite a few assumptions that we cannot test—not yet, at least, and maybe never. Still, if we accept that technology will continue to get better, that a simulation indistinguishable from reality is possible, and that simulated life could be sentient, then we could only conclude that it will happen at some point.

Here’s where it gets weird, and maybe a little scary. If it really is inevitable, then either we are on our way to developing this technology or we are currently living in it. Or both.

That last possibility is particularly bizarre, in my eyes. Imagine such an ultra-realistic simulation exists. Now imagine that the “people” within that simulation also create simulations. If the simulated reality mimics actual reality—this is often referred to as “base reality”—then it would be just as inevitable for similar simulations to occur within the simulation.

Or, if you don’t buy the idea that such fractal simulations are possible—as long as computer power is finite, there must be a limit to how many “simulations-within-simulations” can really exist—there’s also the idea of the multiverse. Perhaps there are infinite universes, each with the possibility of creating simulated universes.

If you don’t buy that, then how about the idea that within the one base-reality, many simulated universes could be created. Even if there’s a finite limit, if one can be created then certainly thousands can, and probably millions. That would still imply a much higher probability that we are not living in base reality.

With all of this said, the idea still relies on assumptions that we cannot test. If the assumptions are false, the whole idea falls apart.

Do people really believe this?

Simulation theory (I’m going to go ahead and use the more common term) might sound like just another batshit-loony conspiracy theory. Yet the people who entertain the idea are not just the typical tinfoil-hat-wearing conspiracy-theorist nutjobs.

Few rational people will say outright that we are living in a simulation. But there are plenty who consider it to be at least plausible.

It started with Nick Bostrom

The person who gets the credit for simulation theory is a Swedish philosopher by the name of Nick Bostrom. Unless this is your area of expertise, you’ve probably never heard of him. It would be easy to dismiss him as a crank.

It would also be misguided. He has over 200 publications to his name. His academic work has been cited over 15,000 times. His 2014 book Superintelligence: Paths, Dangers, Strategies was a New York Times bestseller. He is a professor and Director of the Future of Humanity Institute at Oxford University.

In short, he’s not just “some guy” who came up with a nutty idea. He’s a respected academic.

Some might argue that Elon is a bit crazy. It’s hard to dispute his importance, though. The average simulation-theory-believer probably got the idea from Musk—directly or indirectly. While Bostrom is the originator, Elon brought simulation theory to pop culture.

Director of Hayden Planetarium and host of the popular podcast and short-lived TV show StarTalk Neil deGrasse Tyson has said on more than one occasion that he finds the idea hard to refute. He describes his thoughts on it in the clip below.

What are the arguments against the simulation hypothesis?

It probably won’t surprise you to know, not everyone who understands the simulation argument agrees with it. If prominent and respected scientists like Neil deGrasse Tyson think it’s possible, what’s the other side of the argument?

The biggest argument against this idea basically comes down to Occam’s Razor—there are just too many assumptions that we cannot test. The more we have to assume in order to accept an idea, the less likely it is to be true.

Has it been proven impossible?

One notable publication in the journal Science Advances, from 2017, claims to prove mathematically that a simulation this complex cannot happen. If you’re a mathematician, maybe you can follow it. I’ve always been pretty good with numbers but that paper is beyond my comprehension.

What I do get from it, though, is that simulations of quantum mechanics, which would be necessary to simulate our current reality, would require computing power that is not possible—not possible now, and according to the paper, not in the future, either.

I don’t think it’s fair to argue against something I don’t fully understand, so I won’t try. Suffice it to say, there are people more educated than I on both sides of the argument.

Real or not, this is our “reality”

The simulation argument seems for the moment to be unfalsifiable. Maybe someday we’ll be able to test it, but for now we only know of one reality. Could it be fake? I can’t say for sure. Neither can you.

This is the reality we live in, either way, and I don’t see a benefit in assuming it’s anything other than “base reality.” What about you?

Let me hear your thoughts on this in the comments!

If you’d like to get notified when I publish new stuff, be sure to leave your email address below!

Conspiracy Theories: Why Do People Believe Them?

Laughing at “Crazy” Conspiracy Theorists — Is Belief a Choice?